As Safe As Houses 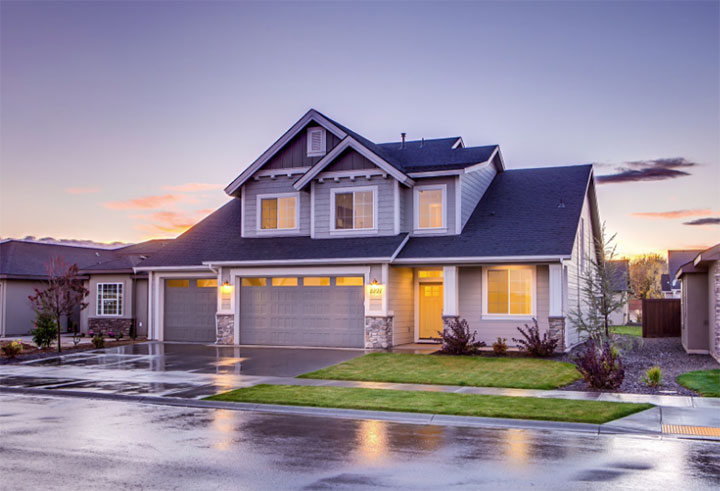 The exact origins of the phrase are unclear, but John Camden Hotten’s Slang Dictionary records it being used in the aftermath of the railway investment mania in the 1840s. At that time, it was meant to reassure investors then turning their attention back towards slower and steadier returns from property after the mauling they had suffered in the speculative frenzy surrounding the birth of mass railway transportation in Victorian England.

As with the dot.com bust in 2001 and now the cryptocurrency feeding frenzy, when the dust settled, the underlying new technology proved to be sound in the long run for sustainable businesses. Who even now questions (apart, perhaps, from long suffering season ticket holders on Southern Rail) the benefits of train travel? Sharp practices, such as misleading prospectuses, payments of dividends out of capital, and outright fraud, were the real causes of investor distress.

Wary investors opting for the relative security of real estate assets in the wake of the railway mania and holding them for the long term would certainly have been richly rewarded, quite literally, according to a new research paper from economists at the University of California-Davis, the University of Bonn, and Germany’s central bank, the Bundesbank.

The paper has meticulously documented the annual returns from all major asset classes from 1870 to 2015 in 16 developed countries, including the US, Japan, Germany and the UK. The key finding is that property comes out on top. It seems that the instinctive faith routinely placed in bricks and mortar by investors versus less tangible financial assets is entirely justified by the data.

On average, the annual returns on housing over that 150 period was just over 7% when adjusted for inflation, according to the study. This compares with just under 7% for equities and 2.5% for bonds. At the same time, the risks associated with investing in housing were lower. By standard measures of uncertainty, housing was about half as risky as equities, and slightly less than bonds.

The results contradict conventional theories of asset valuation, which suggest that higher risk assets should have higher returns to compensate for the additional risk. But they probably chime with the gut feel of many amateur investors.

Some caveats apply to the study’s findings. Notably, the results weren’t uniform across countries. The additional return from investment in housing rather than equities in France, for example, was 3.3% while in Italy and the US, equities actually did better than housing. And, of course, there were periods within the last 150 years when equities beat housing in aggregate across the 16 countries.

Since 1980, for example, the annual return on equities was 10.7%, compared to 6.4% for housing due to the post-1990 house price collapse in Japan, slow growth in Germany after unification, and the offsetting explosion in equities in the Nordic region. Yet, even since 1980, housing did better on a risk-adjusted basis, according to the study. The Sharp ratio, which compares an investment’s excess return above the risk free rate to its standard deviation of returns, was more favourable for housing in 14 of the countries examined.

The study’s findings also don’t fully account for property taxes, which vary significantly between countries and could skew the risk and return numbers in either direction, but they nevertheless provide some hard evidence that real estate has a key role to play in asset allocation decisions. As with any other asset class, returns from property won’t always rise in a straight line; there will always be periods of underperformance and variations in returns between countries. But, as a long term investment, it really does seem that a diversified portfolio of housing assets is as secure as the proverb suggests, particularly if prevailing business models can be adapted to introduce more flexibility. Investing in property is proven to be lucrative but it isn’t without its headaches, not least the prohibitive costs and lack of liquidity of dealing in physical assets. Standardised securitisation of real estate assets would remove both of those constraints and open up the market to a much broader range of investors.