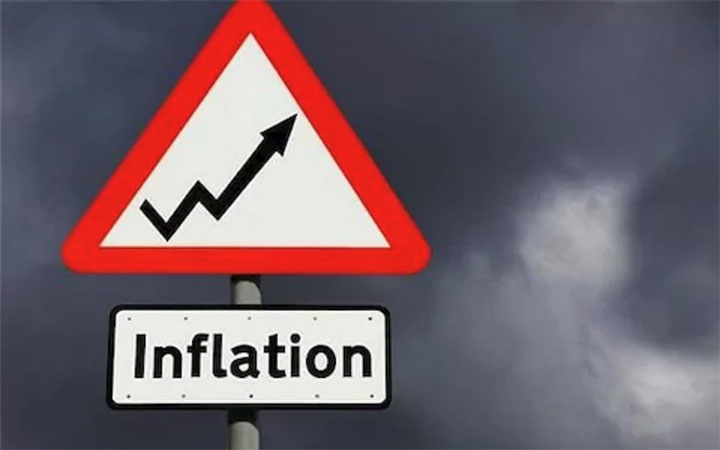 Phew! We can all relax. Fears of a stock market crash have receded. All through last year fund managers warned nervously of stretched valuations as equity markets scaled new heights. Now, surprisingly, despite markets climbing higher still since the start of the year, consensus expectations have actually become more optimistic.

The closely-watched monthly Bank of America Merrill Lynch Fund Manager Survey shows that professional investors don’t now expect a significant decline in equity markets until 2019 or beyond. As a result, the number taking out protection against a near-term correction has fallen to the lowest level since 2013, and equity allocations have jumped to a two year high.

The mood shift is hard to fathom since, apart from being one year further into the century, nothing has fundamentally changed. But the dwindling number of stock market bears is in itself a worry. Behavioural finance, a field of research that combines cognitive psychological theory with conventional economics and finance, shows that the point of maximum risk is when investors are euphoric. We’re probably not quite there yet, though some of the shenanigans on planet crypto may suggest otherwise. However, as the bull market grinds higher, it pays to keep an eye on the risks, and in particular the danger of a pick up in inflation.

High and persistent inflation eats away at the real value of investment returns over time, significantly reducing purchasing power. For example, if you invest £10,000 over ten years in bonds with an expected rate of return of 10%, your portfolio will grow to a healthy £25,937. However, if you factor in a 3% inflation rate over the same period, it will have cost you £6,638 in purchasing power, leaving you with an inflation-adjusted balance of £19,300.

There are those who argue that inflation is dead, buried by the powerful secular forces of globalisation and new labour-saving technology, which have increased price competition and reduced wage bargaining power for all but the most highly skilled. The economist Roger Bootle is one of them. Way back in 1996, he predicted that we were entering a new era of near zero inflation after the post-war period of surging price rises. He was not far wrong. Since then, through to the end of 2016, inflation in the UK has averaged just 2.8% a year, compared to 8% in the preceding 20 years. It spiked upwards last year to a peak of 3.1%, due largely to the weakness of sterling following the Brexit vote, though the latest figures for December show a decline to 3%. The consensus among economists is that inflation is now back on a downward path.

Even so, inflation is still well above the Bank of England’s 2% target; hence the precautionary increase in interest rates last year. More increases are likely in 2018, though it’s not clear how many. The problem with interest rate increases is that it takes up to two years for them to work their way through the economy. So central banks can’t wait until they can see inflation close up before tightening monetary policy; they have to act in anticipation of an increase. In other words, they have to shoot ahead of it.

The balance of probabilities implies they will have to do more monetary tightening than investors anticipate. After flooding the global economy with liquidity on an unprecedented scale to avoid a depression following the financial crisis, the global economy is enjoying a synchronised upswing and the trigger fingers of all the world’s major central bankers are getting distinctly twitchy. Even the European Central Bank and the Bank of Japan, long the most dovish about inflation, have started murmuring about withdrawing some of the monetary stimulus they have provided.

In this environment, the risks of a policy mistake either way – tightening too much too soon or too little too late – are acute. An overly aggressive response to fears of higher inflation could trigger a global recession while a failure to tighten policy sufficiently could mean that rates will eventually have to rise much more steeply to bring the rate of price increases back under control. Central banks are likely to err on the side of caution and tighten policy sooner rather than later, reasoning that they can always cut rates again if grow starts to slow too sharply.

A faster than expected increase in rates to contain inflation would do more damage to portfolios newly re-positioned for a continued bull run than would a sluggish response, at least in the short run. So what can investors do to protect themselves? They could play it safe and reduce their exposure to equities, but that might mean missing out on further potential gains. On the other hand, remaining heavily invested in equities could mean hefty losses if central banks do act more aggressively than expected.

The best response is probably not to do too much. While small tactical adjustments to asset allocations might pay off, the best thing to do is retain a long term focus and ensure that your portfolio is fully diversified across and within asset classes, including equities, bonds and property. Five new residential real-estate investment trusts have been launched in the past year, providing a range of new options to gain exposure to property. Alternatively, for those that prefer more control over their investments, Property Crowd allows you to select individual property-backed bonds which have the advantage of shorter terms and higher yields. The costs are also considerably lower than paying a fund manager to select the assets for you.